Revenue generated by Measure C funds may only be used for local wildfire prevention and is distributed as follows: 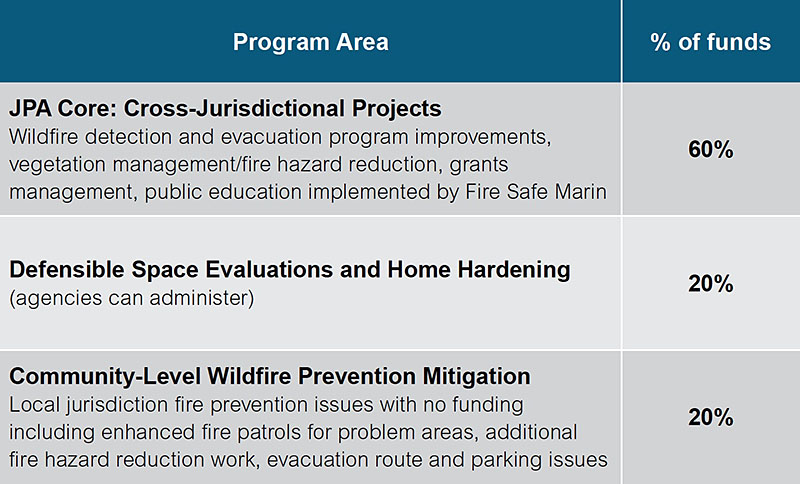 The MWPA Joint Powers Agreement signed by the 17 member agencies requires that 80% of the “Core” budget for cross-jurisdictional projects is spent in the geographic region (referred to as “Ops Areas”) from which the revenue is generated over a five (5) year average.The estimated revenue generation for each Ops Area is detailed in the table below.This table outlines the expected overall revenue for the MWPA, revenue generation from each geographic region (minus 10% for MWPA administration) and expected funding for Defensible Space (D-Space) and Local Wildfire Prevention Mitigation for each member agency. These are projections -- please note that these projections may differ from budgeted and actual numbers due to the amount of revenue and low-income senior parcel tax exemptions received in a given year.

As the table shows, approximately $11 MM has been allocated for Core Funding and $4 MM each for D-space and Local Wildfire Prevention Mitigation.
‍ 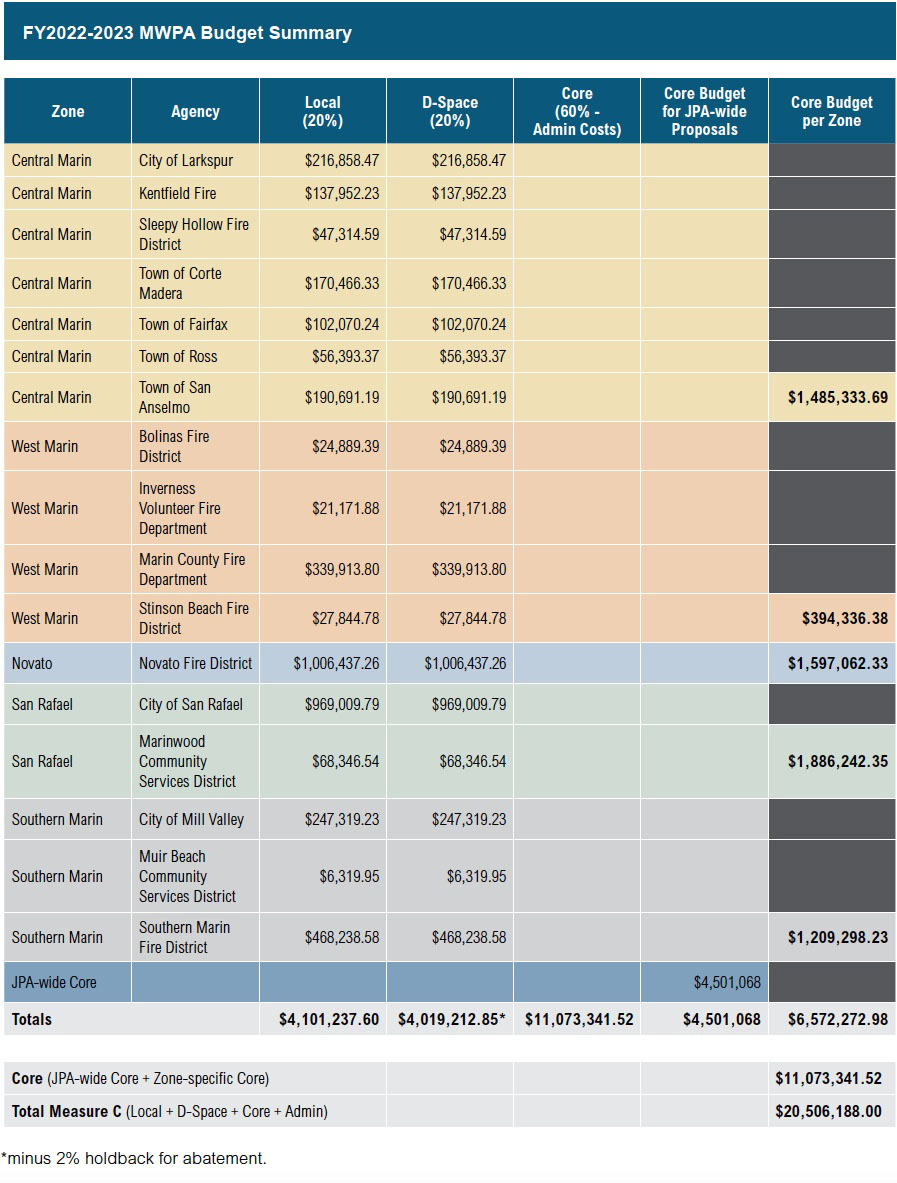 The proposed structure would allow for the MWPA to hire contractors and employees or contract with public agencies for personnel to provide services. The MWPA JPA has a cap of 10% associated with any administrative costs including salaries and benefits for administrative positions. As MWPA hires employees, the proposal is to have employees on a defined contribution plan (essentially the same as a 401K in private industry). 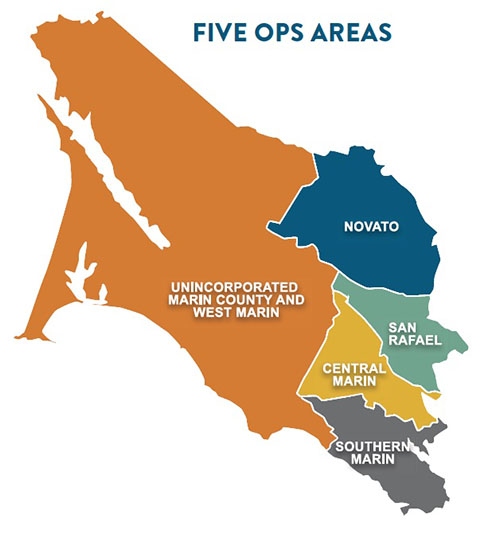