Fire Safe Marin (FSM) is MWPA's key outreach and education partner. The organization is a non-profit that was created in 1992 as one of the first fire-safe councils in California. FSM has its own Board of Directors and staff. The Board is generally chaired by a Marin County Supervisor and composed of interdisciplinary subject matter experts.

Because of FSM’s existing robust education and outreach program, MWPA anticipates that FSM will be the primary source of MWPA-funded wildfire preparedness and risk reduction public education efforts. With the passage of Measure C, the mission and focus of FSM has been updated to reflect wildfire prevention efforts and funding under the MWPA. 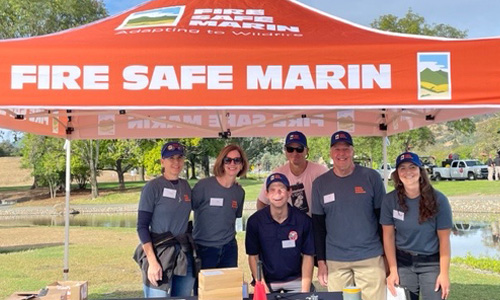