On the night of August 16,2021, a fire started in a ravine near the end of Graceland Drive in San Rafael and traveled uphill on the east side of San Rafael Hill. The San Rafael Fire and Police Departments and many local partner agencies responded immediately to the scene, and the fire was extinguished within an hour. In total, the fire burned just over two acres. No evacuations were required, although many people chose to leave.

Crews gained access to the fire from Robert Dollar Drive fire road, Coleman Drive and Graceland Drive, an area that has been part of a multi-year wildfire mitigation effort to assure the fire road was safe and accessible to firefighters. This included trimming of vegetation by AmeriCorps along the fire road over the past two years and an expanded MWPA-funded project that thinned the vegetation this past year.

The MWPA-funded work in the area included three components: 1) vegetation removal along Coleman and Graceland Drives to improve evacuation routes while assuring fire engines and ambulances could safely respond to calls for service on the narrow roads; 2) the creation of a shaded fuel break behind homes. A shaded fuel break removes surface and ladder fuels closer to the ground, limiting the fire’s ability to spread into the crowns of trees; and 3) goat grazing to create a fuel break that extended from the fire road at the top of the ridge.

San Rafael Fire Department reports that his recent fire mitigation work slowed the spread of the fire and allowed crews to safely respond with multiple access points. Additionally, some of the local houses had recently created defensible space around their homes. All of these combined efforts gave the community and fire crews a higher level of confidence that roads would be accessible and that the defense of neighboring homes from wildfire would have a better chance of success.

This fire demonstrates that we don’t have to rely on luck. Instead, we can plan ahead, implementing strategic projects that reduce risks to our communities, and we all benefit as a result. 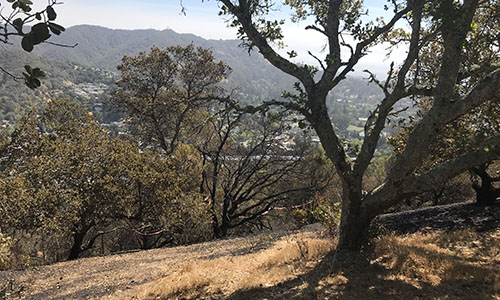 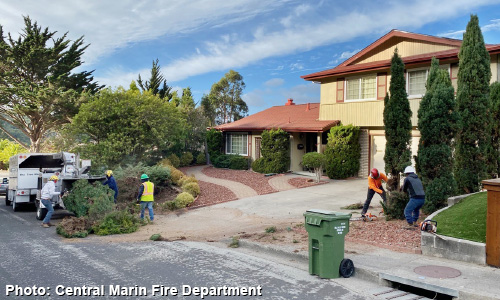 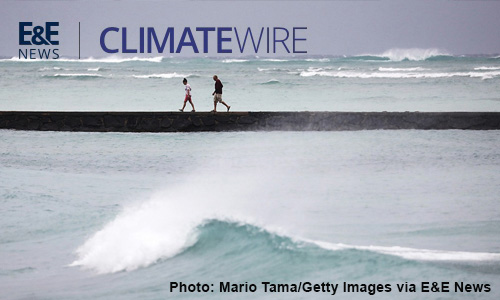 How to address climate locally? These 6 places have plans 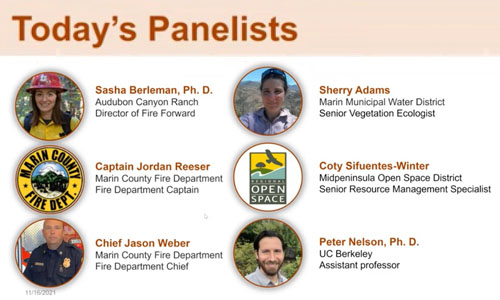 Learn about a wide range of prescribed fire topics from fire history and cultural burning to current use in Marin County.